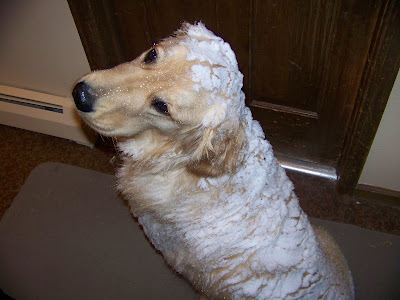 We had a whopper of a blizzard last week. It began snowing Thursday morning and ended sometime early Friday morning. As they say in Colorado, "We really needed the moisture," and this was a moisture-packing blizzard.
The local public schools heard a big one was coming down and they cancelled school before the first flake ever fell.
Shortly after the white stuff appeared, we sent the dog outside to investigate and bring back an olive branch. He came back sans olive branch, but looking rather mournful that we'd sent him out on such hazardous duty.
My dear husband decided to forego the long trek across the metro area to work, and we declared a snow day! First order of business was to find the Wall Street Journal hidden somewhere at the end of the driveway. 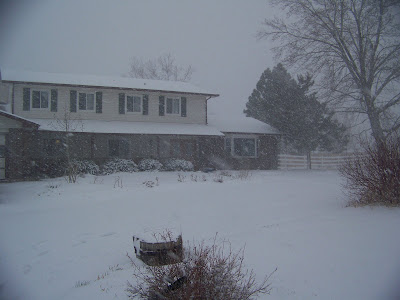 There was no paper to be found...though we searched diligently for the better part of 5 minutes.
Yes, things were looking pretty bad out there.
I called the piano teacher to say we wouldn't be driving to her house that day. 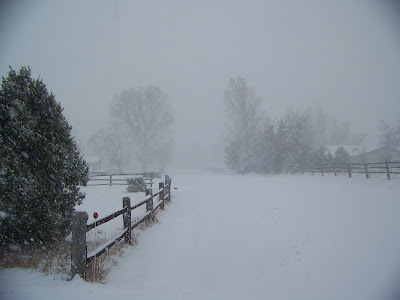 The view of our street looking one way... 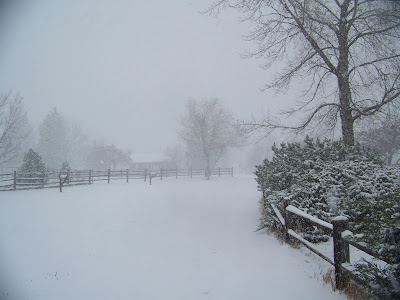 and then the other...

We couldn't even find our street in the white-out. And 15-passenger vans don't handle slippery streets very well! 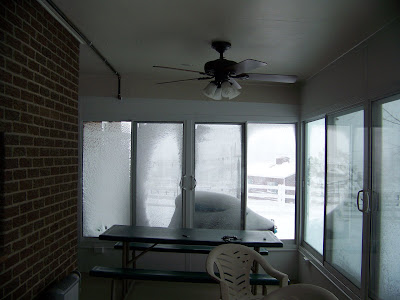 So we decided to stay inside and wait out the storm.

posted for your personal edification by MilitantMom on Monday, March 30, 2009