Adoption is Plan B

Let’s be clear about one thing: adoption never was God’s plan.

That’s a pretty bold statement from someone who claims to be a Christian. After all, isn’t the Bible full of references to being “adopted sons and daughters of God”? What about Moses being adopted by Pharaoh? And wasn’t Jesus adopted by Joseph, Mary’s husband? It seems like adoption figures pretty prominently in both the Old and New Testaments of the Bible.

So, yeah, maybe God did use adoption to further his plan for humanity. But adoption is a result of our fallen human nature. If it weren’t for our brokenness, we wouldn’t need adoption.

Now I’m going to make another bold statement: The best way to raise a child is to have an intact biological two-parent family. Yes, despite what you may have heard from the popular media, kids still do best when they are raised with their biological mom and dad. Poverty stinks, but it’s still better to be poor with both your mom and dad, than to be rich without them. And I suspect growing up with at least one biological parent is still better than none. Unfortunately, life doesn’t always work out that way for kids. 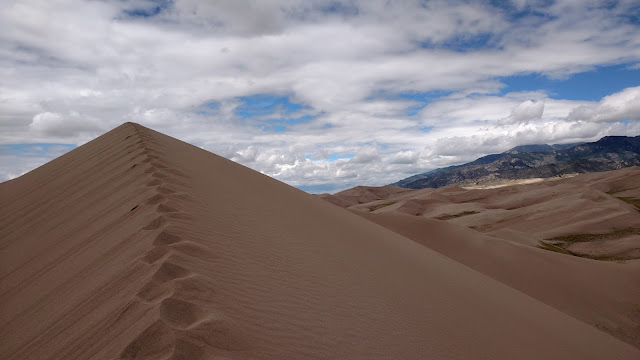 As my husband and I stand on the brink of adopting again in our 50’s, I find myself reflecting on life in a way that I never did when I was in my 20’s and 30’s having babies, or in my 40’s traveling to another country to adopt two orphans.

Life was so simple then! When my husband and I decided to adopt in the beginning of the new millennium, we were already parents to 8 young children, ages 11 months to 13 years. We had jumped at the opportunity to live overseas, and in June of 2000, we moved to a small city in northern England. Since we were already homeschooling our kids, this move was made a bit easier than if our kids had all been in school. We were no strangers to strangeness. We were (and still are) a living oddity. A sign of non-conformism, I suppose. 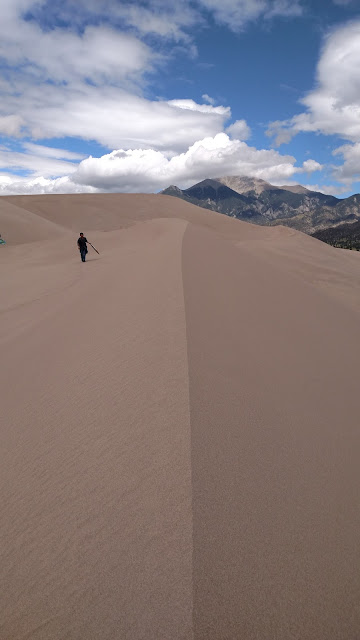 Our motivations were pure (insofar as we knew). We wanted to provide a home for an orphan or two. We had been inspired to consider adoption when we read in our local parish bulletin about a baby boy with Down Syndrome who needed a home. I phoned the agency to inquire. When the lady on the other end heard my “accent,” she was wary. “How long do you plan on living in the UK?” she wanted to know. I told her our contract was for three years. “That’s not long enough, I’m afraid,” said the woman.  And my hopes were dashed.

We finally did adopt two unrelated boys, across racial and international lines, traveling to Guatemala a couple of times before we were finally allowed to bring them home in October 2003. We decided to adopt internationally for two main reasons; the first being that we were already living overseas (in the UK), so any adoption would involve another country, and the second reason being we believed that adopting from another country would be easier, in the sense that we would be adopting children who were victims of poverty rather than abuse. We could always tell them how much their parents loved them and that they wanted a better life for them. Something Hallmarky and romantic and true. 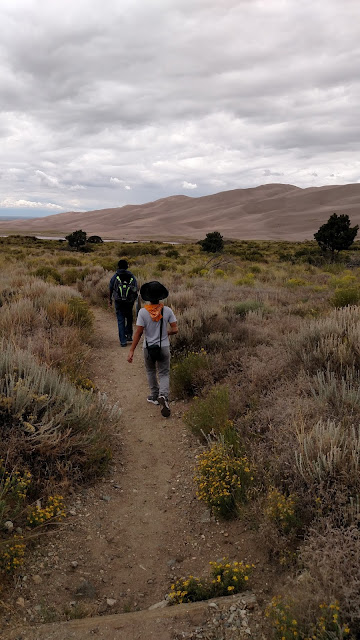 We also felt strongly that a closed adoption was the best for all involved. We didn’t want the child to experience extra trauma from trying to figure out who the “real” parents were. So, despite the fact that our kids knew from the get go that they were adopted, they wouldn’t have any ties to their homeland or their biological families. We were given very little information about their birth families. At the time, this seemed all for the best. We didn’t want the boys to be confused and we certainly didn’t want birth families haranguing us for money or free trips to the US. After all, we were doing this for the betterment of humanity and for the good of the boys who now share our name.

I see now that there are problems with that way of thinking. Going back to my premise that kids are better off with their biological mom and dad, even if they’re poor, what does that mean for us materially better-off Americans who have adopted poor kids from third world countries? We can’t dwell on these questions because there’s no reason to. We adopted them and they are ours. Our lives have been enriched by having them and we hope their lives have been made better as well. 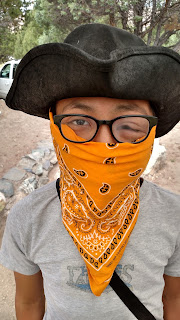 What about finding their biological parents? Have we just delayed the inevitable questions? Whether they give voice to them or not, they will want to know more about where they came from. Who gave Jack his long, slender fingers that play the violin and piano so beautifully? Or Danny’s man-sized hands on his pint-sized body? Who gave him his innate sense of compassion for others? Did anyone else in his family suffer from the genetic condition he has? Does anyone else have that impish grin, or that mirthful laugh? Sure, they’ve gotten some of their quirky senses of humor from us, but genes have a lot to do with who they are. Because we adopted them at age 2, they’d already passed many developmental milestones. Nutritionally, they were deprived and will probably always be in the single digits for percentile height. My dreams of making them into tall American men have been defeated by biology and poor nutrition. Maybe their kids will be taller.

Now we are entering the realm of becoming foster parents and dealing with those kids we had sought to avoid a decade ago--those “hard” cases of abuse and neglect. We can’t sit back and do nothing when there is so much work to be done. But I’m terrified. Maybe it’s because I’m older, in my 50’s, mother of ten children, grandparent to three. Maybe it’s because I’ve read all the horror stories, I’ve seen the news reports, I’ve heard about the trauma these kids have gone through and what hell some foster families have gone through trying to help them. 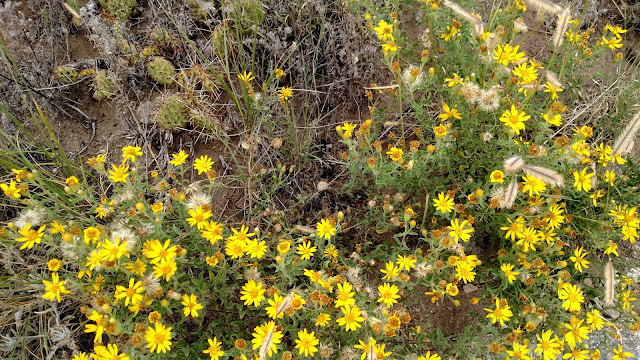 Children in foster care aren’t there because they did something wrong. They’re there because the adults in their lives did something wrong. The system is full of kids who’ve been dealt a bad hand. Through no fault of their own, they’ve endured abuse and neglect and have been placed into a system for their protection from the people they love the most: those who gave them life. Who are we to tell them to forget the past? Get on with life! Don’t let your past define who you are or who you will become! Of course, we want them to dream big and reinvent themselves to be successful, caring, responsible, productive adult members of society. But they are sons and daughters of parents who probably still love them, even if they can’t show it. How do we show them love, keep them safe, and give them hope, but still let them know who they are and let them love their abusive parents? Yes, this is a scary place we are entering.

As a Christian, I look forward to the day when all will be made right. When the lion shall lie down with the lamb. When the just shall be rewarded and the wicked punished. When we shall see him as he is and not through a mirror dimly. When we can love our neighbors as ourselves without worrying about who said what to whom or what if so-an-so finds out about such-and-such. I look forward to the day when mothers, fathers, sons, daughters, sisters, and brothers can love each other fully and unconditionally. When there are no more tears, no more suffering, no more pain or sorrow. No death. No divorce. No politics. Only love, joy, peace and beauty. Is that too Hallmarky? Maybe so. But that’s my nature. 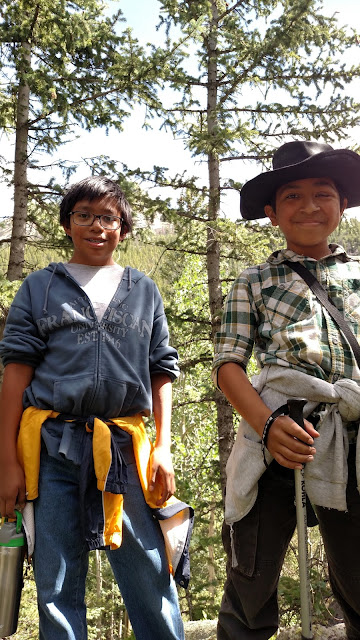 Adoption was not part of the original plan. Adoption is never the first choice. It’s always plan B. Whether it’s your plan B because of infertility; or because you’re young, pregnant, and scared; or it’s a child’s plan B because of an abusive family; it’s no one's first choice. Nevertheless, as a back-up plan, adoption can be a loving, beautiful choice. Just as Moses and Jesus showed us in the Bible, adoption can lead to redemption. And that’s a beautiful thing.
posted for your personal edification by MilitantMom on Friday, November 06, 2015